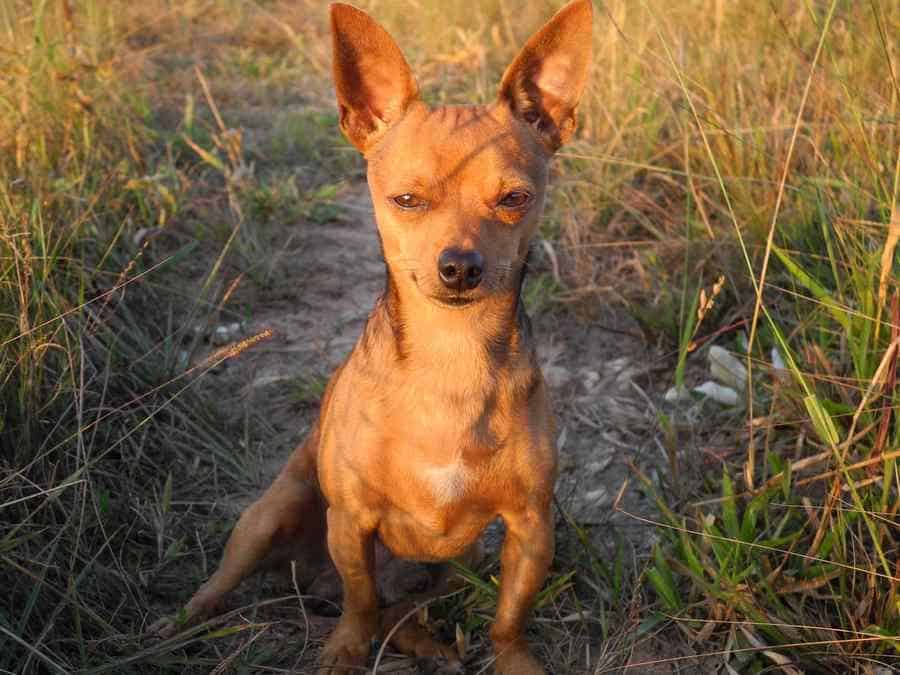 Chihuahuas are one of the world’s most popular dog breeds due to their tiny size and big personalities. In fact, they are known as the smallest dog breed as well.

These adorable pups are very distinct looking with small, round heads, triangular pointy ears, and petite body frames. Typically, they are short-haired but there are long-haired varieties.

With such a distinguishable look, some pretty crazy theories have popped about this particular dog breed. These theories have led people to question whether or not chihuahuas are actually dogs at all.

Chihuahuas are in fact a dog breed. They are considered canines. Because of their strange look people have had pretty wild ideas about the origins and actual classification. These theories have ranged from calling them bats to rodents and other animals, even though they are classed as a canine dog.

While these fantastical thoughts are entertaining at best, there simply isn’t any truth behind them.

The chihuahua breed is a recognised dog breed by the AKC (or American Kennel Club) along with other agencies worldwide. The AKC officially identified the chihuahua dog breed back in the early 1900s.

This goes to show that reputable dog breed agencies consider chihuahuas to be a dog. The identification of the breed as being a dog isn’t only related to their physical attributes, their DNA plays a large part as well.

What Did Chihuahuas Evolve From?

Like most other dog breeds, chihuahuas evolved from the grey wolf. Additional studies of DNA suggest that dogs who were domesticated were brought from Siberia thousands of years ago to North America and isolated for around 9,000 years.

At this point, the Europeans had contact with the dogs and the lineage was evolved into more local descendants.

Tracing dog DNA back that far is pretty incredible. When it comes to the chihuahua breed’s part in that evolutionary chain, studies have shown their roots to come from Mexico (and their namesake is from the city of Chihuahua in Mexico).

In examining the DNA of a chihuahua, it has been discovered that the breed has been able to retain some of its colonial ancestries.

Through studying the DNA of a chihuahua, it has been shown that the breed is in fact a canine.

It has DNA strains that can be linked to the past which showcase its evolution from some of the first domesticated breeds brought to the North America region.

Chihuahuas are popular due to their size and their personalities. Often times, they are viewed as being a mean breed of dog. However, this isn’t inherently true of their species.

It is the owner’s responsibility to provide their pets with appropriate training and socialisation. They are small dogs and their perception of the world is different from other breeds because everything is so large to them.

While it is true that chihuahuas are very loyal and often pick a “favourite” family member or person that they trust the most, they can still be exposed to other dogs. If they aren’t given the opportunity to socialise from an early stage in life, then it is possible that they will like being the only dog.

They can become very untrusting of other dogs that are brought into the household. This is why teaching them early about interacting with other pups is so critical.

Not only does it give them a chance to make a new friend and adapt to a large world around them, but it can also aid in breaking the stereotype that chihuahuas are mean or aggressive.

Tips For Helping A Chihuahua Learn About Socialising

It is recommended that training and socialisation should start as early as 6 weeks. In starting the process early, the pup learns from a young age about the world around them and how to respond to it.

Dogs are considered most impressable around this age and can really benefit from proper training.

Dogs who are older will be extremely difficult to train or socialise because they are accustomed to a certain way of behaving.

While it isn’t impossible to train an older dog, it simply isn’t as easy as it is with a younger dog.

Introduce Your Dog To Various Environments

This is incredibly smaller than other dog breeds which really puts into perspective how they might feel about the world around them. Everything is bigger for them.

From a human’s hand to household objects to other dogs. Because of this, it is important to introduce them to various environments.

Introducing them to various environments can include different textures to toys to play, places to walk, or meeting new people. This exposure allows them to become familiar with more than one environment.

If a chihuahua isn’t provided with different environments to experience, they will be leary of these situations if they are suddenly put in them.

Pet owners can act as an example during a new experience for their pup. All dogs can sense their owners’ mood and if a chihuahua feels like their owner is safe, they are more likely to be accepting of a new environment.

Through staying calm and repeatedly bringing them a new environment, a chihuahua can learn how to react to a new space without being scared.

Always Supervise An Encounter With Another Dog

Supervision is important because new experiences can be unpredictable. This helps to protect the chihuahua and the other dog and allows for a pet owner to react quickly.

This should also apply to having a chihuahua around a child. While children are much smaller than adults, they are still a large sight to a chihuahua.

Keeping an eye out while introducing them to a child or dog is critical to helping them understand what is appropriate behaviour and what is not.

Help Your Dog Get Used To Being Interacted With

Another way to help a chihuahua socialise better is to get them used to being pet or interacted with. Whether it is by the pet owner themselves or with a child under supervision, chihuahuas need to be interacted with.

This could be done by playing with them, petting them, or allowing them to sit in someone’s lap.

Repeatedly doing this will build trust between the chihuahua and the people around them. It will also build the dog’s socialisation skills.

When attempting to pet or interact with a chihuahua, it is best done when the person is at their level. Looming over them or coming from above them can seem intimidating to them.

Once again, doing this is as early as possible is really important. Sitting on the floor with them and extending a hand for them to smell and become familiar with is a great way to start this process.

When training a dog of any breed, it is important to reward their good behaviours with treats. This is called positive reinforcement and it really helps shape a dog’s reaction to the world around them.

They will begin to have positive associations with good behaviours. While this seems like a tedious task, and it can be, it really is necessary to help a chihuahua form their socialisation skills.

Being on good behaviour will keep them in check when they are introduced to new situations or animals.

Chihuahuas don’t have to be the only dog in the family. When proper steps are taken at an early age, a chihuahua can really benefit from being social with other members of the family, including other pets.

One of the biggest controversial theories about chihuahuas is that they are actually rodents that have been bred throughout history to resemble a dog.

Chihuahuas are not rodents even though they are small in stature. The idea of them being a rodent was because of how chihuahuas look. With round heads, protruding eyes, and pointy ears had some people speculating what species they actually were.

DNA has shown that chihuahuas are dogs that have descended from early canines that were brought to North America, primarily the grey wolf, like other dog breeds.

While they do have these remarkable features, they simply aren’t rodents in any shape or form. They are a small dog breed that has been around for quite some time that is known as a Mexican breed of dog.

Some people in the world can’t be convinced that chihuahuas aren’t rodents, however, the science is there to back it up.

They can continue to have their strange beliefs but at the end of the day, chihuahuas are a fun-loving, high-energy, lovable breed of dog.

They have always been a popular dog breed and will continue to be considering their status as the world’s smallest dog breed.

link to Do Chihuahuas Shed A Lot?

There are so many factors to deciding what type of dog is right for you, and one stumbling block that can be often overlooked is the amount of shedding. Cleaning up dog hair is a pain. It can get...

Continue Reading
link to What Problems Do Chihuahuas Have?

Anyone who has owned a Chihuahua knows that they are a breed all of their own. Although they are the smallest dog breed, they have a huge personality that makes them a fun and entertaining addition...