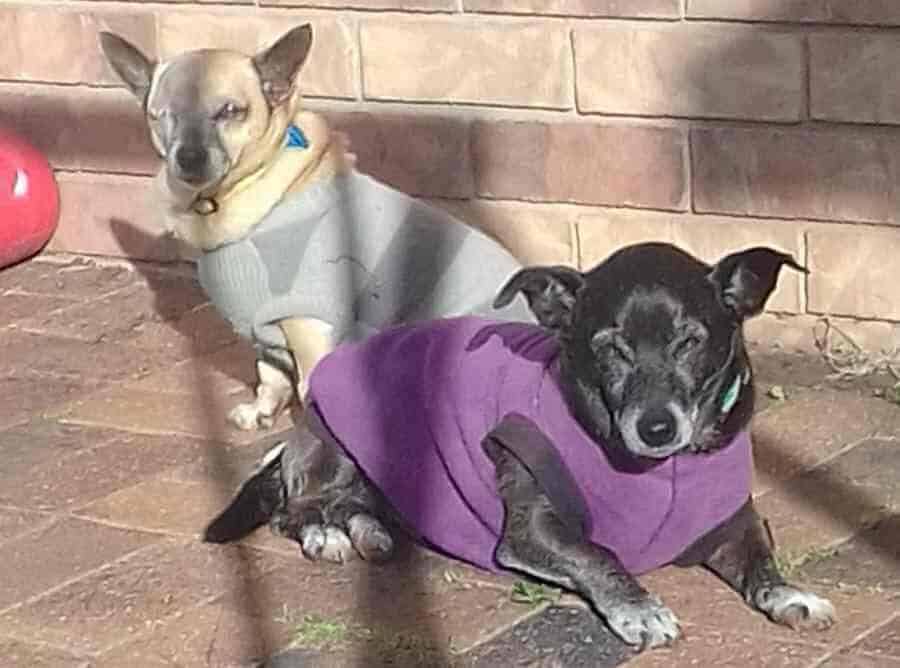 Chihuahuas make exceptionally terrific pets that can be introduced into most families with other existing pets that have already taken up a position within the family unit.

The most obvious companion that a Chihuahua likes to be-friend is a Chihuahua as they warm to one another being of the exact same breed.

These friendly dogs are good with almost all other pets, Once introduced it really won’t matter if you have had one Chihuahua that has resided with you for years. If you attain another pet the older breeds take well to having a companion. Choose your new pet wisely use caution when introducing them.

They will share, explore, protect, roam and walk side by side together as a show of unity and often if you are really lucky, the existing Chihuahua will allow the new Chihuahua pet to sleep in their quarters with them as an encouraging sign of welcoming their new friend into the family.

Other Breeds Chihuahuas Get Along With

The above list is the top ten breeds of dogs around the world that the Chihuahua enjoys becoming friends with. This list of dogs is likely to accept, share, play, warm up to and become loyal to the small Chihuahua.

If you already have one of these breeds of dogs as an existing pet in your family, you can be assured your brand new Chihuahua will be accepted by your longer-term pet.

How To Introduce Your Chihuahua To Any Dog Breed

When you have decided that you are welcoming a new pet of the Chihuahua breed into the family and factoring in your already may have an existing dog of any breed that is part of your family, there are some vital key steps to helping you have a happy transition for all involved – including yourself!

Before he or she makes their way to their new place of home, it is important if you have time to do so that you locate two blankets from your home that you will not want to use again.

This is to attain the scent of both dogs and swap the blankets over and give either dog the other blanket to smell, explore, wonder and get use to the scents of the other animal that will become their new friend.

When bringing home your new Chihuahua you will be wanting to supervise for several hours the introduction of the two pets together.

The focus should be on observing their behaviors together, allowing them the space to sniff each other all over their bodies and ensuring their playtime maintains a friendly atmosphere.

This next piece of advice is especially true for the younger members of the family as a new, cute pet of any kind that is being welcomed into the family generally is the animal that is most doted on.

During such a happy time, this is lovely, however, factoring in the existing pet, this isn’t always the best way to fuss over the new Chihuahua.

Doting and fussing over the newbie can create tense, jealous, angry and left out behaviors within the existing dog and you may find he or she could end up attacking the new Chihuahua not due to him or her not wanting to like them, but due to everyone else in the family creating all the attention over the new pet.

The meeting between the two dog breeds may have been a success the day prior, but what happens when the entire family needs to leave the house for many hours shortly after the two animals have met?

Well, this is a complex question as just because they met recently and appeared to have got along well, it does not mean that they may not have some tiny territorial issues to iron out along the way.

One peace-of-mind solution to ensuring both of your pets remain safe, happy and secure when you are all away from the family home is to erect a make-shift wire fence to separate the two dogs from one another temporarily, but that still allows them to see one another, sniff through the wire fence and explore one another in a more safe manner.

Now They Are Established, They Require Somewhere To Sleep

Obviously, the original existing dog has had established sleeping quarters, areas they know to eat in and where their toys belong.

Due to these facts, your original pet is now top dog, or as they prefer to class, leader of the pack.

It would be wise to create a separate sleeping area, separate feeding area, purchase new toys for the new Chihuahua and occasionally walk the two dogs separately.

You are aiming to achieve a harmonious environment, yet allowing your original pet to take top place as well as creating a sense of equalism.

One of the ways to achieve this is to feed your existing dog first, preferably feeding the two dogs apart in space, not allowing the new Chihuahua to sleep in the original dog’s bed apart from on the first night or if the original dog allows this to occur.

Introducing Your New Chihuahua To A Pet Cat

You can follow the basic rules we suggested above with your cat just like you would do if dealing with an existing dog pet.

The only difference being a cat may become a little firey due to cats having such sharp claws and using them more often than dogs do for protection against other animals.

We prefer to keep the dog on a lead when being introduced to the family cat as the family cat generally has a strong leadership role within the unit, possibly more so than the family dog.

This is due to the fact that cats are highly territorial and they also come and go from their surroundings much more than dogs do and are use to defending their property a lot more as well.

A slow, gentle introduction is required so the new Chihuahua and family cat can get acquainted and use to one another living under the same roof.

Generally, they can become the best of the friends even being a dog and a cat.

Most assume dogs only prefer to be-friend their own species, however, this has been proven untrue as many households have a dog and a cat that roam around together, sleep together, chase one another in a friendly fashion, love one another and protect each other as well.

Pet Birds And A Chihuahua

Dogs are naturally inclined to hunt and chase birds, however, if you are the proud owner of a bird that lives in a cage you will find your new Chihuahua pet won’t post any issues for this existing family pet.

He or she is only interested in protecting the surroundings and this is the main reason a Chihuahua will hunt a bird.

If he or she gets the understanding this bird is part of the family, he will be fine as long as you don’t leave him or her unsupervised around the bird and this is especially true if you allow your bird to have some flying time around you home.

It would be recommended that your Chihuahua is then put outside for the small duration of time the family bird is allowed out of his or her cage.

Chihuahuas make exceptional house pets and are a beautiful addition to any family!

link to Are Chihuahuas Smart?

Dogs are a common household pet for a lot of reasons. They are chosen to become apart of someone's family for comfort and sometimes even protection. Worldwide, there are over 300 recognised dog...

Continue Reading
link to Can Chihuahuas Be Service Dogs?

Chihuahuas are one of the most iconic dog breeds in the world. Known as the world's tiniest dog standing at 6-10in (or 15-25cm) tall and only weighing about 6lbs (or 2.7kg) these dogs are a beloved...